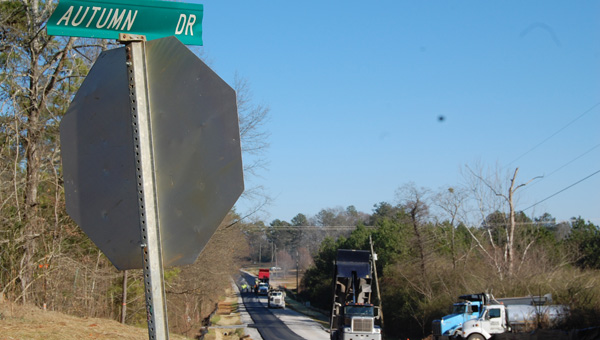 VINCENT – The notorious ‘worst road in Alabama’ is nearly unrecognizable. According to site superintendent, William Yekel, of Wiregrass Construction Company 1,357 tons of asphalt has been laid on Autumn Drive in Vincent.

Autumn Drive residents can now expect to get down the length of their road in nearly three minutes compared to the 15 minutes it took before. 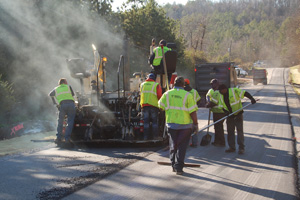 Vice-president of Vincent Citizens for Safety, Danny Allred, has lived on Autumn Drive for four years and he said before the road was paved, emergency response vehicles, mail trucks and school buses wouldn’t come down the road.

“We’re very pleased,” Allred said. “Some people have been waiting for over 20 years on this.”

One of the people Allred referred to is Mark Jackson. Jackson has been a resident of Autumn Drive for over 21 years and he described the new road as “heaven-sent”.

“I didn’t ever think I would see it in my lifetime,” Jackson said. “This road was impassible.”

Jackson said that he and other residents have destroyed numerous vehicles and other equipment in an effort to help smooth it out in years past. According to Jackson, his 2003 Ford truck has had nearly $28,000 in damage done to the suspension from traveling on the unpaved Autumn Drive.

“It’s a blessing. Now we just have to keep everyone slowed down,” Jackson said.

Another Autumn Drive resident, Leo Durocher, compared driving down Autumn Drive to something similar to riding on the moon.

“It’s about time, we’re very glad to finally have it,” Durocher said.

Vincent city council member Larry King said that at one point there was a 2-foot deep crater in the center of the road.

King also said that a 25 mph speed limit would be established as soon as construction is officially completed.

According to Yekel, construction should be completed within two weeks.

County assists with redistricting of Montevallo, Vincent and Columbiana

By NICOLE LOGGINS / Staff Writer Due to the population increase in Shelby County over the past 20 years Columbiana,... read more