Online tag renewal back up for some 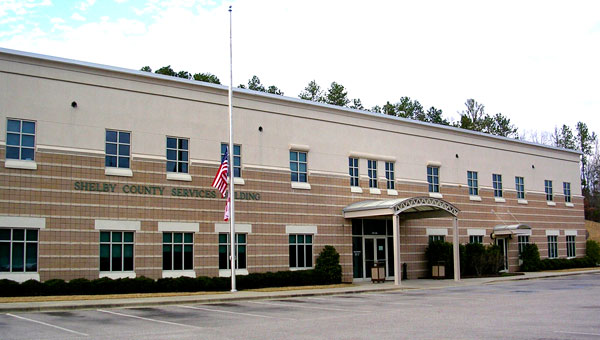 Officials at the county's driver's license offices, including this one in Pelham, recently relaunched the online tag renewal system after it was taken offline in late 2011. The online system currently is open only to some residents. (File)

Shelby County officials this month reinstated the online driver’s license renewal system for some residents, which came a few months after Alabama’s immigration bill forced the county to take the system offline in late 2011.

Because the immigration law requires the county to verify a person’s identity when they renew their driver’s licenses or vehicle tags, the county was forced to suspend its online tag renewal system in September 2011, said Shelby County Finance Manager Butch Burbage.

After the county’s license offices in Pelham, Columbiana and Inverness saw what Burbage said was a “huge increase” in their amount of walk-in traffic in October and November, Burbage said the county was able to reinstate the online renewal system this month.

“Unfortunately, it’s not open for anyone and everyone. We still have to verify that they are legal residents of the United States and Alabama,” Burbage said. “If they had to come in during the later part of the year and verify their residency, they will be able to renew online.”

Burbage said the license offices have already verified the legal status of everyone who renewed their licenses after the immigration law went into effect in late September 2011, and those residents will be able to renew online this year.

Everyone who will be eligible to renew online this year will receive a mailed renewal notice with a “record number” printed on it. The record number can then be input into the county’s online renewal system.

“If you don’t have that number printed on your renewal notice, you will have to either mail it in or renew in person,” Burbage said, noting residents can verify their U.S. and Alabama residency by providing a valid driver’s license or other documents listed on the renewal notice.

To renew by mail, residents can send in a copy of a valid driver’s license for each person listed on the renewal notice.

“We have to prove that you are a legal resident of the U.S. and Alabama, so something like a passport alone won’t work,” Burbage said. “There has been a lot of misunderstanding about proving Alabama residency.”

Burbage said he has asked local legislators such as Rep. Mike Hill, R-Columbiana, and Sen. Cam Ward, R-Alabaster, to consider modifying the immigration law to make it easier to renew tags online.

“We have been trying everything we can to get that (online renewal system) back up for everyone,” Burbage said.

In April, Shelby County will begin a pilot program for the state’s upcoming liability insurance requirements. The license offices will use residents’ driver’s license numbers to ensure they have liability insurance before allowing them to apply for or renew their licenses, Burbage said.

Army officer Noah Galloway, right, will travel to Washington to attend the State of the Union address on Jan. 24... read more