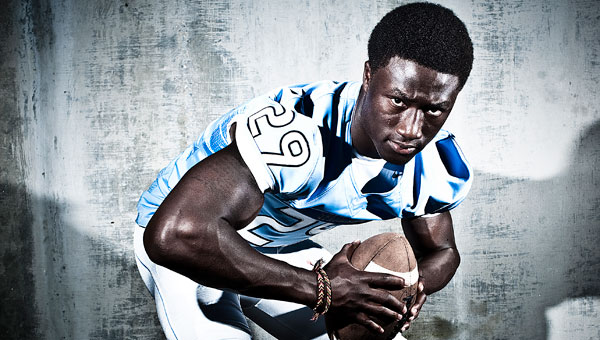 Spain Park High School senior Chris Humes didn’t need to hear a great recruiting pitch from University of Arkansas football coach Bobby Petrino during a weekend visit to Fayetteville, Ark., to convince him to sign with the Razorbacks next month.

Humes, who said he’s had an offer from the Arkansas coaching staff dating back to spring practice before his senior season, was satisfied to spend the next four years at the Southeastern Conference school after spending a few days with his future teammates Jan. 13-15.

“(The trip) was amazing,” Humes said. “It’s an electric atmosphere even in the offseason.”

Humes, a 6-foot-1, 195-pound cornerback who will join former Spain Park standout Jeremiah Jackson in Fayetteville, said he met with Petrino, defensive coordinator Paul Haynes, defensive line coach Kevin Peoples and secondary coach Bobby Allen on the last day of his trip, Jan. 15, to shore up his plans to sign with the Razorbacks on National Signing Day, which is Feb. 1.

Humes, who said he doesn’t anticipate having any trouble meeting Arkansas’ admission standards following graduation at Spain Park, said he can’t wait to begin fall practice with the Razorbacks in August.

“It’s going to be a great experience at a big-time program on the rise,” Humes said.

Humes, the county’s highest-profile recruit who also had offers from Auburn, Mississippi State, Kentucky, Louisville, Cincinnati, UAB and South Alabama, is expected to be the only Shelby County high school football standout to sign with an SEC school next month.

Humes became the 11th player from Shelby County to verbally commit to play at the highest level in college football, the Football Bowl Subdivision, in the Class of 2012.

Oak Mountain High School senior Bradley Bostick, a 5-foot-6, 155-pound running back, made a verbal pledge to play at Navy earlier in the week.

All four players remained committed to UAB following the resignation of head coach Neil Callaway last month. Garrick McGee, who spent last season as the offensive coordinator at the University of Arkansas, was hired as the Blazers’ new coach in early December.