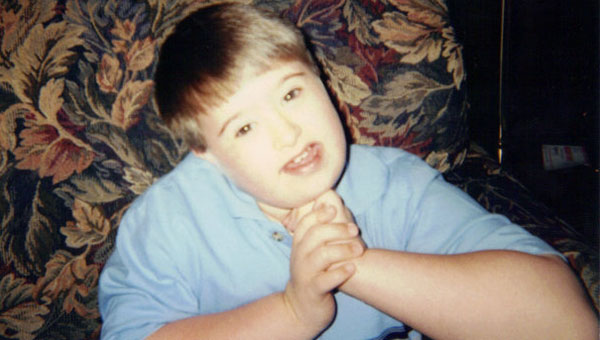 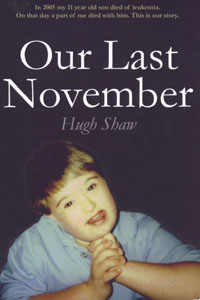 According to Shaw, “Our Last November” is a chronological tour of his life with Caleb and his experience after his son passed away in November 2005.

“He was my inspiration,” Shaw said. “Writing this book was a part of the healing process for me.”

Caleb had Down syndrome and according to Shaw he was high functioning and active like any other young boy.

Shaw said it took him four to five months to write the book, which was longer than he expected because he was coping with his son’s death and he still struggles with it today.

“There were times I would just have to walk away for a few weeks because it was too painful,” Shaw said.

“The book talks about my faith and trust in God,” he said. “Even when I couldn’t feel Him. Caleb changed my life in a way that I can’t explain.”

Shaw describes his son lying in a hospital bed dying and said that it’s not something he can ever truly explain.

Shaw claims that Caleb taught him more in 11 years than anyone or anything else.

“He touched more lives in his 11 years than I have in 56,” Shaw said. “God blessed me in a lot of unexpected ways and I talk about that in the book.”

Shaw describes “Our Last November” as honest, raw and emotional.

“I don’t paint a rosy picture,” he said.

Shaw and his wife Tracy Shaw are in the process of writing a second book about Tracy and her experiences raising her daughter, Amanda Poole, who has a genetic disorder called Trisomy 13.

“Amanda’s condition is considered a fatal genetic disorder and people who have it don’t normally live past 2 years but she is 20 now. She’s a living miracle,” Shaw said.

“Our Last November” can be purchased on Amazon.com or at Barnes & Noble.