Sons of American Revolution fighting on 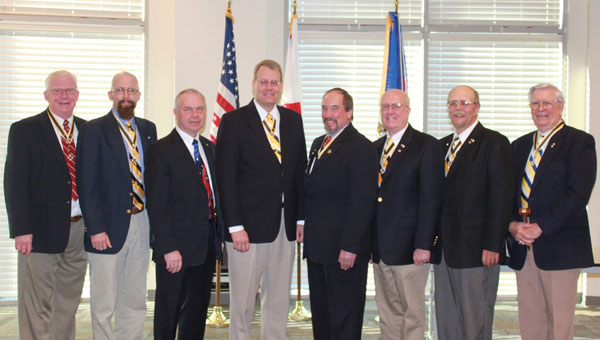 The Cahaba-Coosa Chapter, Alabama Society, Sons of the American Revolution met at the North Shelby County Library on Jan. 15 for the purpose of installation of 2012 officers.

For additional information on the history of this chapter, the current officers and how to become a member please visit the website Rootsweb.ancestry.com. Any man of age 18 years or over, who is a lineal descendent of an ancestor who supported the war for American Independence, is eligible for membership. These ancestors are referred to as Revolutionary War Patriots and include those persons who fought in the military and/or militia, who provided supplies to the American cause, who served on political bodies supporting the Revolution, who signed oaths of support and similar acts. The Sons of the American Revolution is an educational, historical, and patriotic organization. The Cahaba-Coosa Chapter monthly schedule for meetings will be the third Sunday of each month at 2:30 p.m. The meetings will be held at the North Shelby County Library located at 5521 Cahaba Valley Road, Pelham.

The highlight of the meeting was the introduction of the past presidents since its beginning, all but one of whom was present.

By NICOLE LOGGINS / Staff Writer During the month of February, Alabama Spay Neuter will be offering a special price... read more