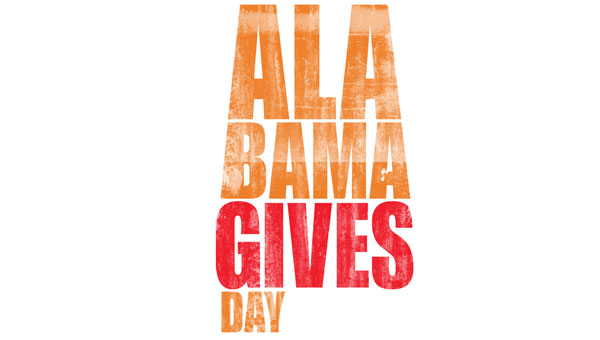 On Feb. 2, Alabama Gives Day will kick off a 24-hour fundraising effort for nonprofits of Alabama. (Contributed)

Alabama will hold its “first official day of giving” as a way for nonprofit organizations statewide to share information and connect with Alabamians.

On Feb. 2, Alabama Gives Day will be open for 24-hours of continuous giving. Organizations are divided by categories, including animals, health, humanitarian aid, children and youth and more. Contributors can find organizations and more information at Alabamagivesday.org.

“What a perfect thing to bring to Alabama, an already generous state,” said Russell Jackson, manager of Alabama Gives Day. “It’s a platform they’ve (nonprofits) have never had to create a synergy of collaboration. They do not have a lot of opportunities to work together and come together.”

Jackson said the idea of a “Gives Day” began in Minnesota and has continued through other states.

“The primary point of a Gives Day is twofold,” Jackson said. “One is to increase philanthropy. It’s to get people connected to missions they’ve never known before. They’re able to go and identify groups in their areas that they were unaware of and support those groups.”

“I think we can make history,” Jackson said. “We’ve held the National Championship in this state for three years. How cool would it be to be ranked first in Gives Day?”

Karen Stokes, executive director of the Arc of Shelby County, said the day will benefit the Arc and other local organizations.

“We feel like because it’s a concerted effort on the 800 nonprofits, it’ll bring attention to the total nonprofits that would be assisted by the Alabama Gives Day,” Stokes said. “It will certainly raise awareness that we’re here. Although we have other sources of income, we like to encourage the individual donors to participate.”

The Arc, located in Pelham, uses funding to provide services and support for individuals with developmental disabilities and their families. According to a press release from the Arc of Shelby County, money raised for The Arc will be matched up to $1,000 by an anonymous donor.

Family Connection, a nonprofit child and family service agency in Saginaw, will also participate in Alabama Gives Back. Each year, the organization serves more than 5,000 children, teens and families through its programs.

The American Foundation for Suicide Prevention of Alabama in Chelsea uses fundraising to provide programs, university research and conferences around the state.

“We want to increase our awareness all around the state,” said Director Lisa Dunn of participating in Alabama Gives Day. “It’s a great opportunity to do that. The money (raised) will provide programs that we think will save lives.”

The North Shelby Library will participate to raise funds to continue collection development and programming, including story times for children and computer classes for adults.

“I think if it’s going on throughout the year, people might forget about it (fundraising),” said Daniel Tackett, North Shelby’s young adult assistant librarian. “This is one day of concerted effort to let people know how they can help us right now. Our community has always been helpful to support us with donations.

“I think it’ll be good for everybody as a whole,” he added.

For a full list of nonprofit organizations participating, visit Alabamagivesday.org.

When I heard that Westwood Baptist Church in Alabaster had quickly pulled together a forum to talk about child safety... read more