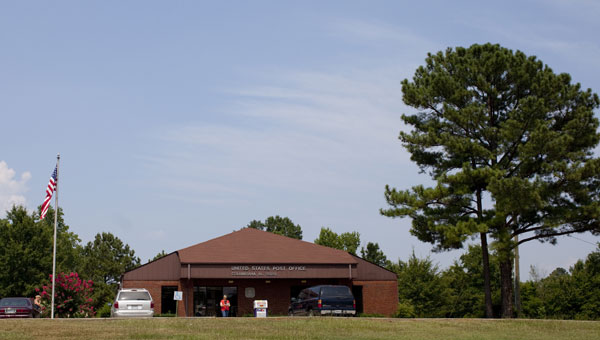 The increase in the price of postage has been effective since Jan. 22. (Jon Goering/SHELBY COUNTY REPORTER)

Mailing a postcard to grandma just got more expensive.

As of Jan. 22, the cost of postage has gone up one cent overall, making it 45 cents total to send first class mail. But domestic first class mail isn’t the only mailing service that has increased in cost.

“It’s not the whole solution to our financial crisis,” she said.

Rice also said that all stamps released in 2012 would be considered ‘forever stamps’, which means that they can be used at anytime and the cost will never increase.

According to Rice, forever stamps are very popular for postal patrons and any forever stamp purchased prior to Jan. 22 will remain at the former rate of postage.

The USPS processes and delivers 258.1 million pieces of first-class mail every day. Since the Postal Service receives no tax dollars, it relies wholly on the sale of postage and services to fund its operations.

Bill Walther, owner of Pak Mail on Doug Baker Boulevard, said that his business hasn’t suffered any set back or experienced any unhappy customers as a result of the price increase.

“I think people are vaguely aware there was an increase, even those that are aware, it’s so minimal that there hasn’t really been much chatter,” Walther said. “I don’t think there’s been an impact at all, nobody even commenting on it, and with other increases you get a lot of push back, but we haven’t seen any.”

Walther said that by using the forever stamps the Postal Service has averted any real issues with consumers.

“I give the post office credit, by going to the forever stamps they’ve really, I think, they’ve relived the issue,” he said.