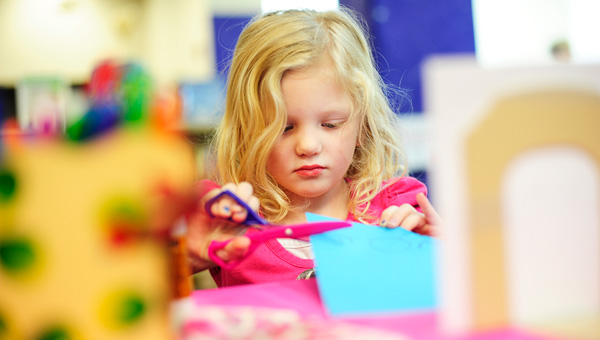 NORTH SHELBY — When Cecelia Dean, children’s librarian at North Shelby Library, first heard about an opportunity to impact the lives of patients at Children’s Hospital by crafting handmade Valentine’s Day cards, she knew she had to participate.

However, doing so would require the help and creative skills of the library’s youngest patrons.

So far, they’ve been happy to oblige.

“We just put the supplies out and (the kids) make whatever they want to make,” Dean said. “Some of them are really simple, and some are really elaborate.” 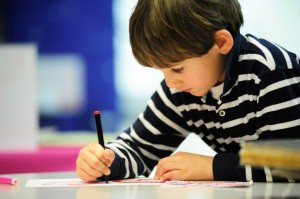 Dean said she will take all the cards she collects to Children’s Hospital Feb. 10. Until then, anyone is welcome to come to the library and craft a card.

Melissa Crowley Jamison had her 6-year-old son Truitt and a 5-year-old friend, Lily Grace Hines, making cards. Jamison said the Valentine’s Day cards will have an impact on the kids who make them as well as the kids who receive them.

“I think it’s very positive,” she said. “It’s important for children to be able to show compassion for their community from a young age.”

“This is definitely a child-friendly library,” she said. “We have a ton of programs for kids. For kids that come in, they like the books, but they like having other stuff to do too. They really enjoy arts and crafts.”

Dean said the library will host a Valentine’s Day party on Feb. 10, which will serve as an opportunity for children to make Valentine’s cards before Dean takes the cards to Children’s Hospital later that day.

The party is for children ages 3 and up, and anyone interested in attending must register online at Northshelbylibrary.org or call the children’s department at 439-5504. The party will be from 4-5:30 p.m. A movie will be shown, and refreshments will be available.

Those who cannot attend the party but want to make Valentine’s cards can go to the North Shelby Library anytime during normal operating hours to make cards. For those hours, see Northshelbylibrary.org.

Dean said those who wish may also bring in store-bought cards, but no candy.