Murder trial to be held in spring

James Wesley Howard, who has been charged with capital murder in the death of a 15-month-old, went before Judge Dan Reeves today for a pre-trial motions hearing. 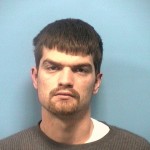 According to previous reports, Howard was the boyfriend of the mother, Brittany Lee, and had been living with the two for about two months when the incident occurred. Before moving into the house with the infant, Howard had served jail time for a burglary conviction according to Shelby County Sheriff Chris Curry.

Howard pleaded not guilty and not guilty by reason of mental defect according to court documents. The state is seeking the death penalty in this case.

During the hearing, Reeves heard 20 various motions from the defense. A motion to bar the imposition of the death penalty was addressed by Reeves numerous times and denied.

Reeves said he is looking for the trial to be held in April or May.