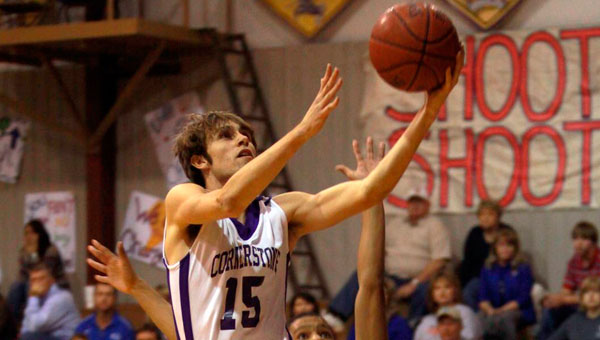 The Chargers jumped out to a 12-3 lead after the first quarter and led by double digits throughout the second half.

“We played our best basketball of the year,” said Cornerstone Christian coach Tim Smith. “I think that the two losses we had earlier in the week were good for us. Sometimes you have to lose to get better.”

Kendall Moore, who was named the tournament’s most valuable player, led the Chargers (16-7) with 22 points in the victory. Moore also became the school’s all-time leading scorer during the tournament.

B.J. Smith added nine points. Chase Payne chipped in eight points in the win. Moore, Smith and Payne were each named to the all-tournament team.

Moore led the Chargers with 19 points in the victory.

Cornerstone Christian will face Jackson Academy in the AISA Class 1A, Region 1 tournament Feb. 4 at 4 p.m. at Ellwood Christian Academy in Selma.

The Cornerstone Christian School girls’ basketball team also advanced to the AISA Class 1A, Region 1 tournament at Ellwood Christian. The Chargers will face Jackson Academy at 3 p.m. on Feb. 4.