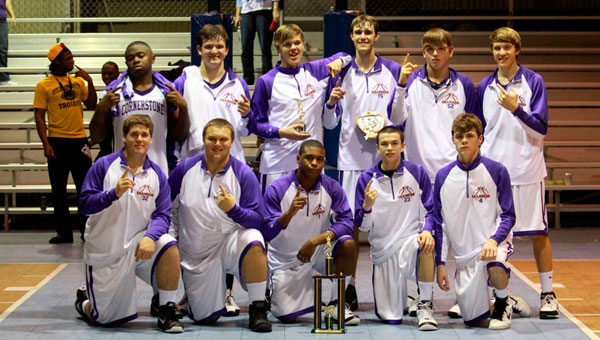 Kendall Moore led the Chargers with a game-high 30 points in the title game. Moore, who scored 64 points in two games in the region tournament, was named the tournament’s most valuable player.

Chase Payne, who added a career-high 20 points, was named to the all-tournament team. Hagan Joiner chipped in 10 points.

The Chargers will now face South Montgomery County Academy in an AISA Class 1A Elite Eight contest Feb. 8 at 4:30 p.m. on the Huntingdon College campus.

“I told them after the game there is just three games left, but take them one at a time,” said Cornerstone Christian coach Tim Smith. “All of our work this season will come down to the next two weeks and I want them to enjoy it.”