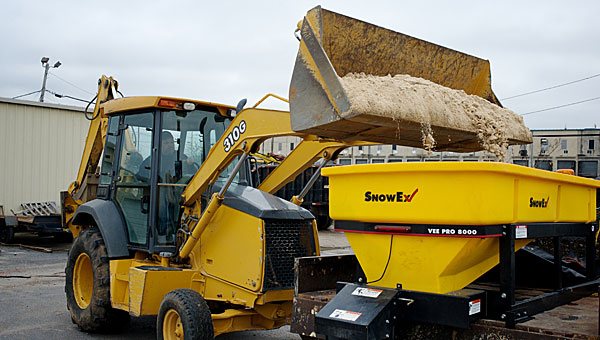 The road-sanding equipment in the Pelham city garage has been unusually quiet this winter, as mild temperatures have kept the city’s roads ice-free.

Normally, Pelham Street Department crews are required to spread sand on icy roads at least a few times every winter, but Pelham Public Works Director Eddy Jowers said this year has been different.

“We haven’t had any ice on the roads at all this year,” Jowers said. “We have to sand some almost every year, so I guess this year is unusual. I guess when it doesn’t ice, you just don’t think about it.”

This year’s mild winter is a far cry from last year’s, as 2011 brought a few snowfalls, a major ice storm and frequently frozen roads to Shelby County. Although this year’s winter season has brought heavy rainfalls, temperatures have not been consistently cold enough to bring icy road conditions.

Jowers said because the city has not had to sand any roads this year, it has saved money on materials, gas and overtime pay for employees on the sanding crew. But the warm winter may turn out to be a “mixed blessing,” Jowers said.

FROM STAFF REPORTS The cities of Montevallo, Alabaster and Chelsea will hold celebrations for Arbor Day on Feb. 25 in... read more