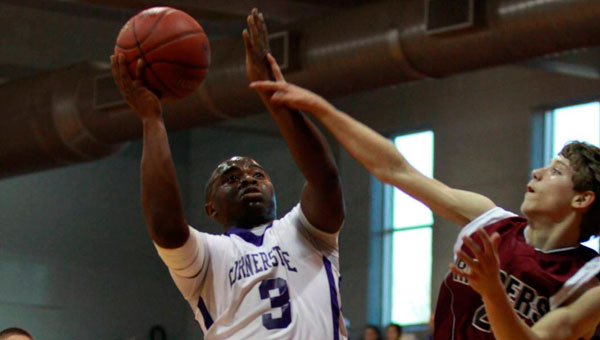 The Chargers (19-7) will meet Lyman Ward Military Academy in its Final Four contest Feb. 14 at 10:30 a.m. at Huntingdon College.

The Chargers jumped out to a 19-2 lead following the first quarter, but managed to hold on as SMCA attempted to chip away at the deficit.

Cornerstone Christian coach Tim Smith said the Chargers need to step it up a notch with two games left on the path toward an AISA Class 1A championship.

“We will have to play better next week if we plan on making it to the championship game,” Smith said.

The Chargers will meet Lyman Ward for the fourth time this season in the AISA Class 1A semifinals. Cornerstone Christian won the last two meetings after dropping the first meeting between the two teams this season.

“This is the one we want,” Smith said. “We must keep playing good defense.”