The Alabama Department of Public Health is monitoring new cases of hand, foot and mouth disease, according to a press release from the department.

The press release states that the illness is more frequent and severe than normal in Alabama this winter, although no known deaths have occurred there have been several hospitalizations.

According to Dr. Mary McIntyre, assistant state health officer for disease control and prevention, the illness was first identified in North Alabama in the Huntsville area and then cases were revealed in it in the Mobile and Dothan area.

“We were notified of two or three cases and did an alert and started identifying others,” she said. “What were trying to do is to get an idea of the severity of it. We have had a couple of hospitalizations, but there is nothing to panic about.”

The viral illness most commonly affects young children and spreads easily.
Some symptoms include: fever, rash, sores, loss of appetite and sore throat.

“As this is a new virus for our population, we can expect more cases and are monitoring for any change in the clinical presentation,” said Dr. Donald Williamson, state health officer. “We will continue statewide surveillance on severe cases of this emerging disease and ask physicians and infection control specialists to make notifications to us.”

“I haven’t had a case at the Harpersville Clinic or the Childersburg Clinic as of yet,” said Dr. Josh Kilpatrick, who works at both clinics. “In the United States it’s pretty rare, it’s usually found in third world countries. It will primarily affect kids ages five or younger.” 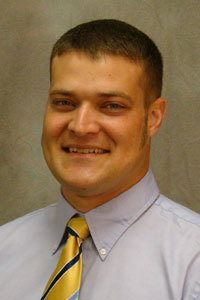 Kilpatrick said the viral disease could be easily misdiagnosed.

“Someone comes in with almost like a cold with a low-grade fever, it can be misdiagnosed,” he said. “The patient could come back with sores on the back of the tongue and throat and a rash on the palms of the hands or the soles of the feet.”

Kilpatrick said one of the biggest issues is the loss of appetite and dehydration.

“The biggest thing I watch for is dehydration in kids. Those sores can be painful and keep them from eating or drinking.”

While there is no definitive treatment; Kilpatrick said supportive care is given by treating symptoms individually.

“It usually just has to run its course,” he said.

Kilpatrick and McIntyre both emphasized good hand hygiene as a way to ward off the illness.

“Wash hands with soap and water carefully and frequently and disinfect surfaces and items, including toys,” the press release said.

“Right now (the illness) is spreading and it will probably continue to spread because the population here isn’t immune to this new strand of the disease,” said McIntyre.