Vincent rolls on to region tourney 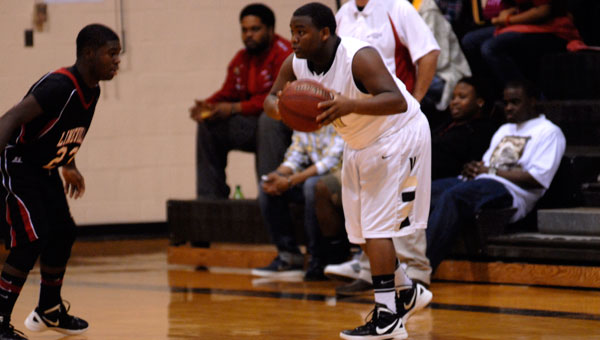 Despite the absence of the pair of recent Vincent graduates, Williams and his teammates made it their mission not to have a letdown without the Yellow Jackets’ top two leading scorers from last season.

“I believe we’re going back with a vengeance,” Williams said. “We want it more this year. We’re going to do what it takes this year.”

The Yellow Jackets finished the 2011-2012 season undefeated in their home gymnasium following the sub-region victory. Vincent, which finished 13-0 at home this season, is 36-2 in home contests under third-year coach John Hadder.

“Obviously, our kids feel comfortable here,” Hadder said. “We seem to always have a kind of energy we don’t have when we’re on the road. We shoot the ball well here.”

The Yellow Jackets got off to a fast start following a 14-0 run in the first five minutes of the game, with Williams contributing seven points during the run.

Moon stretched Vincent’s lead to 20 points, 32-12, following a layup with 3:30 remaining in the first half. Moon’s basket capped a 9-0 run by the Yellow Jackets.

McCrimon converted a three-point play with 4:01 left in the third quarter, which capped a 13-1 run by Vincent and gave the Yellow Jackets a 50-20 lead midway through the period. Vincent led by as many as 35 points in the fourth quarter.

Hadder said the Yellow Jackets’ quick starts in each half kept Lineville from finding an offensive rhythm.

“I think we defended pretty well,” Hadder said. “We kind of got the tempo of the game like we wanted with our pressure.”

Hadder said his team opened the season with the same goal as previous seasons — a return to the AHSAA Class 2A Northeast Region tournament — despite missing its two biggest producers from a year ago.

“We told this group at the beginning that the standard was going to be the same,” Hadder said.