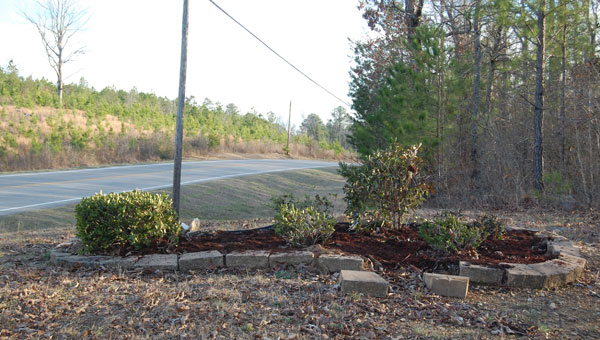 The 'Welcome to Columbiana' sign on Chelsea Road was destroyed after it was allegedly struck by a car. (Reporter Photo / Nicole Loggins)

COLUMBIANA – The city of Columbiana welcome sign on Chelsea Road has been destroyed, likely after being struck by a car, said Columbiana Police Chief Lamar Vick.

Vick said tire track marks at the scene support his conclusion. He said no one has reported damaging the sign or any vehicle damage.

“We don’t know if it’s intentional or not,” Vick said.

Columbiana Mayor Allan Lowe found out about the damage the morning it happened. He said there are some parts of the sign that can be salvaged, but the parts made of wood were destroyed.

“I don’t have a reason to suspect any malicious intent,” he said. “I just hope that whoever collided with the sign is not hurt.”

The signs are made of wood with some sheet metal additions. According to Lowe, the city will likely claim the sign on insurance.

“The sign will be replaced,” Lowe said. “We’ll certainly try to make any improvements, but they will be subtle. We want (the signs) to be uniform across the city.”

For decades, Lloyd's was located in Chelsea on Old Highway 280 before moving to its current location. (Contributed) By AMY... read more