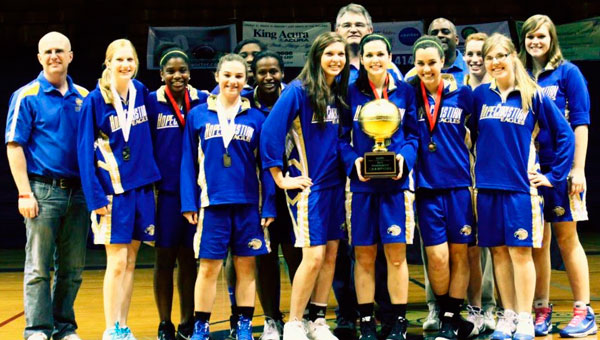 The Eagles, who lost eight games this season by three points or less, including all four contests against the Evangel Family Christian Academy and Evangel Christian School teams his squad would face in its path toward an ACSC championship, needed a boost.

Machen found the magic words, as the Eagles took down Evangel Family Christian  36-31 in its semifinal contest Feb. 17 before dispatching rival Evangel Christian 48-30 in the championship game Feb. 18.

“I told the girls, ‘You’ve got to forget (the losses),'” Machen said. “This will be a week of redemption for us.”

Leigh Wilson Legg, who was named the tournament’s most valuable player, led Hope Christian with 18 points in the championship game in its first win over the Lightning in two years.

Machen and Jones were each named to the ACSC all-tournament team.

Machen said the Eagles proved to be a much better team than Hope Christian’s record indicated.

“I knew we were a talented team all year long,” Machen said.