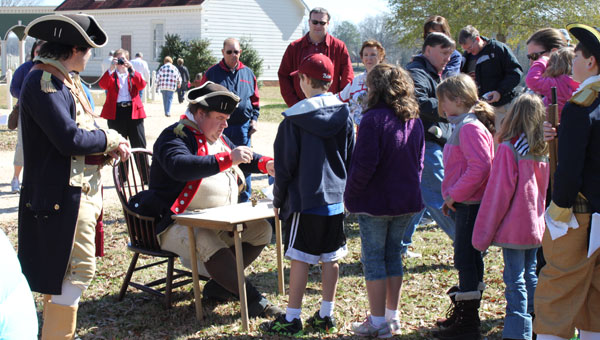 MONTEVALLO – A crowd of visitors sat in the American Village Chapel and listened to a historical interpreter explain the impact of George Washington’s leadership in celebration of the first president’s birthday Feb. 20.

“George Washington was facing the mightiest military that walked the earth,” interpreter William Stewart said of the British army. “After the Revolutionary War ended, many Americans wanted to declare Washington emperor.” 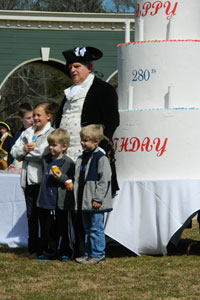 Stewart, who was dressed in historical garb, said Washington rejected the idea in favor of a presidency, for which he was unanimously elected.

“After eight years, he resigned voluntarily because he believed it was important to resign the presidency and allow a peaceful transfer of the presidency while he was still living,” Stewart said.

“This is an election year,” Poole said “Can you imagine someone being unanimously voted into office?”