Panthers edge Warriors on the court 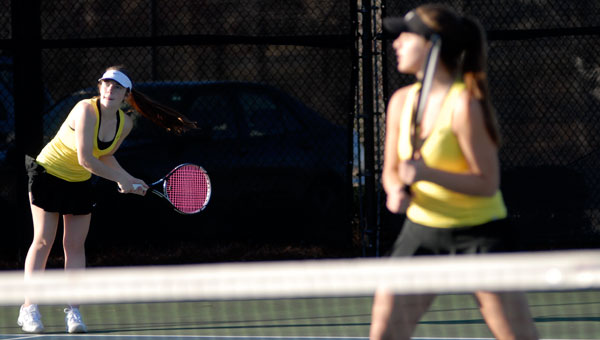 PELHAM — The Pelham High School girls’ tennis team opened its season Feb. 21 with a 5-4 victory over rival Thompson at the Pelham Racquet Club.

The Panthers won three of the six singles’ matches and two of the three doubles’ matches against the Warriors.

Whitney Hamner of Pelham defeated Maria Siow of Thompson 10-6 in the No. 5 singles’ match.

Conn defeated Elizabeth Hartzog of Pelham 10-4 in the No. 6 singles’ match. Harwell and Killingsworth defeated Hamner and Hartzog 10-1 in the No. 2 doubles’  match.