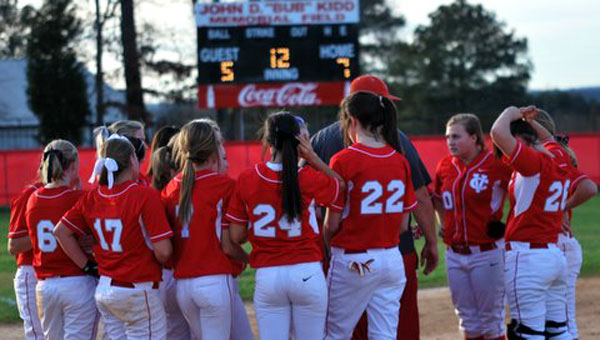 Coosa Valley Academy held a ribbon-cutting ceremony to celebrate the opening at its new softball field at its Harpersville campus before the start of the season Feb. 20.

Past alumni and previous Coosa Valley softball players were invited to attend the ceremony.

The new field was named the John D. “Bub” Kidd Memorial Field in honor of Harpersville resident Bub Kidd. Kidd and his wife, Bernice, donated the land for the softball field when Coosa Valley Academy opened.

The Kidd family, which includes Kidd’s granddaughter Kaylan RIch, a current member of the Coosa Valley team, were honored at the ribbon-cutting ceremony.

Bernice Kidd threw out the first pitch before the season-opening game against Macon East.