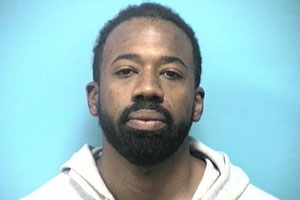 COLUMBIANA – A Chelsea resident is being held in the Shelby County Jail awaiting extradition to Arizona on drug trafficking charges.

Jabari Ayinde Mosley, of Chelsea, was arrested Feb. 9 after he was indicted by a federal grand jury for drug trafficking charges, according to Shelby County Jail records.

“He’s on a fugitive from justice warrant, giving us the ability to hold him until he is extradited,” said Shelby County Sheriff’s deputy Russell Bedsole.

In May 2010, Mosley took a safe to a Birmingham-area locksmith, Alabama Lock and Key Company, and said he had forgotten the code to open the safe, Borland said.

Mosley said there were eight bags of money inside the safe, one of which he would give the locksmith if the locksmith opened the safe for him and didn’t alert law enforcement, Borland said.

The locksmith called law enforcement officials, who came to the locksmith’s shop and opened the safe, which contained $894,000. A police dog smelled drugs on the money, which led to DEA seizing the money, Borland said.

Mosley later filed a lawsuit against Alabama Lock and Key Company Inc., claiming that the money was seized improperly. The lawsuit claims that the money came from legitimate revenue from a car dealership and various properties, and seeks the money’s return to Mosley.

Mosley was subject to a November 2010 traffic stop in Arizona, where law enforcement officials discovered more than 1,500 pounds of marijuana and more than $11,000 cash concealed in a Lincoln limousine Mosley was transporting to Alabama.

Borland said the drugs are valued at between $3 million-$4 million.

“If a person has almost $900,000 seized wrongfully, how does one also coincidentally know how to get 1,655 pounds of marijuana?” Borland said.