PELHAM – Jackie Ikner, 46, thought she was suffering from an asthma attack in June 2011. However, her condition was far more severe than she anticipated.

A few weeks prior, Ikner had been experiencing a “funny feeling” that included shortness of breath and swelling, her symptoms got progressively worse. 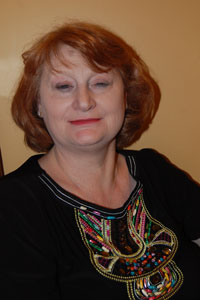 “I was so swollen and full of fluid, my shoes were even tight,” Ikner said.

In June, the Pelham resident decided to go to the Brookwood Medical Center emergency room for what she thought would be a shot and an inhaler treatment for her asthma-like symptoms. She planned on being back at work to close up that evening.

“I had asthma when I was a child and thought I’d be back at the office that same Friday,” she said.

Ikner was in for a surprise when she arrived. Nurses and physicians performed a battery of tests and found that Ikner was suffering from congestive heart failure.

“My heart was not pumping out the fluid that it should be,” Ikner said. “I was thinking I was going to die.”

According to the Alabama Department of Health, in 2009, roughly one out of every three people that died in Shelby County did so as a result of cardiovascular disease.

Ikner was in a mild state of shock during the diagnosis and whirlwind treatments, but said Brookwood’s healthcare providers helped put her at ease. Ikner, a non-smoker, said she previously associated heart issues with older males.

“I thought I emotionally wouldn’t be able to handle it,” she said.

Ikner’s doctor began to prepare her to undergo open-heart surgery.

“I went from asthma attack to open heart surgery,” she said. “I couldn’t believe it, it was scary.”