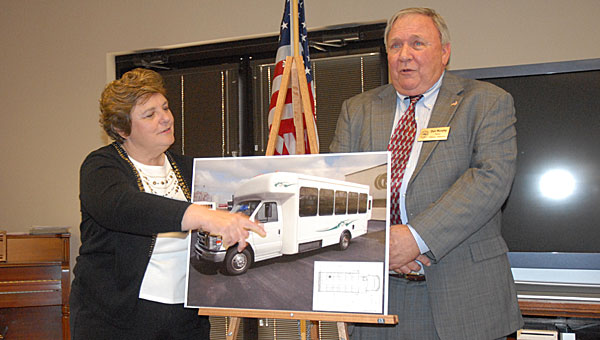 The Pelham Senior Center soon will have a new 25-passenger bus to use for day trips and other functions after the Shelby County Community Health Foundation awarded the center a $35,000 grant.

City officials will add the grant to money the center has collected over the past several years through yard sales and a grant from the Pelham Walmart to purchase the new van.

“She went down there and presented our case,” Murphy said. “And then they called me and said ‘Mayor, we’re going to fund your bus.’”

The center currently has a 15-passenger van, but it is unreliable and difficult for the seniors to enter and exit, Roberts said.

Murphy said the city is working to get the bus to the senior center “as soon as possible.” The project may have to be bid out, he said.

“I appreciate them (the Shelby County Community Health Foundation) for having the wisdom to know how important this is to the seniors,” Murphy said. “If you believe in something long enough and you work on it long enough, it will happen eventually.”