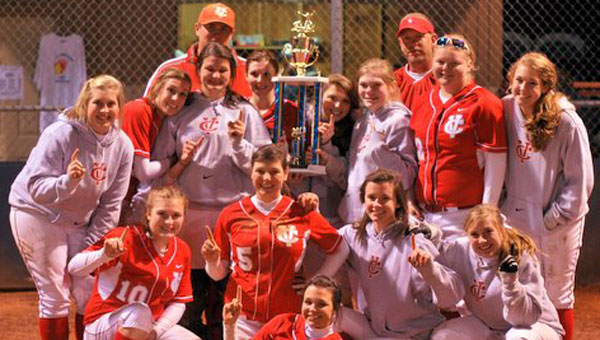 Alyssa Holmes earned the win in the circle after recording four strikeouts in a complete-game victory.

Shaw and Hannah Vick led the Rebels at the plate as each finished 3-for-3. Myrick, Yarnell, Parris and Terrie Sprayberry added two hits each.

Hurt, Craft and Danielle Richardson finished with one hit each.

The Rebels defeated Pickens Academy 11-1 in the second game.

Hurt recorded one strikeout in a complete-game victory in the circle.