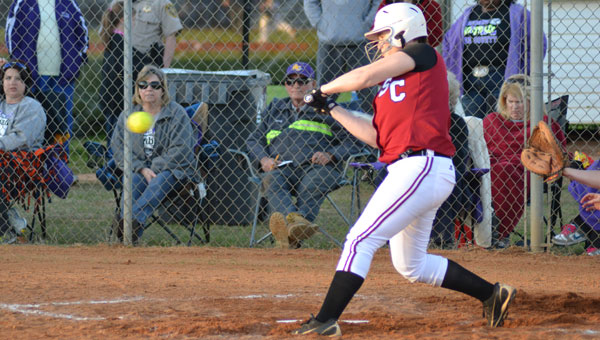 Shelby County trailed by three runs, 7-4, in its final at-bat in the top of the seventh inning before a late rally lifted the Wildcats to victory.

Brittany Lansford started things off with a base hit. Brianna Buie followed with another single.

Kaitlin Paschall stepped to the plate and sent a three-run bomb over the center-field fence to tie the game 7-7.

Bibb County had the bottom of the seventh inning to regain the lead and win the game, but Jessica Carden had other plans.

The first out was a strike out. With runners at first and second base, the next batter ripped a line drive right back at Carden, who caught the second out and immediately threw back to Paschall at first for the final out, as the runner was caught off the base.

Carden, who suffered a shoulder injury last season, picked up her first win of the season in her pitching debut.