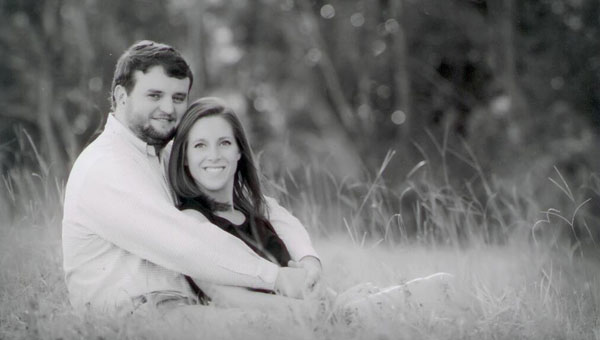 Danny and Janet Logan of Wilsonville are proud to announce the engagement of their daughter Amanda Kay to Henry Cay Haralson, son of Robert and Jan Haralson of Fort Payne.

The bride-elect is the granddaughter of Hollis and Imogene Hayes of Hoover and Betty Logan and the late Howard Logan of Sylacauga. She is a 2005 graduate of Pelham High School. She attended Auburn University and graduated in 2009 with a degree in human development and family studies, and in 2010 with a degree in nursing. She is currently employed by the East Alabama Medical Center.

The future groom is the grandson of Mary Jane and the late Warren Martin, Jr., the late Apharine Haralson and the late Bobby Haralson of Fort Payne. He is a 2004 graduate of Fort Payne High School. He attended Wallace State Community College and will graduate in May from Auburn University with a double major in electrical and wireless electrical engineering and a business minor. He will begin working at Honda of Alabama in Lincoln upon graduation.

Sandy and Scott Sims of Helena are proud to announce the engagement of their daughter Olivia Sims to Dustin Semore,... read more