Those Manic Seas to play at Eclipse 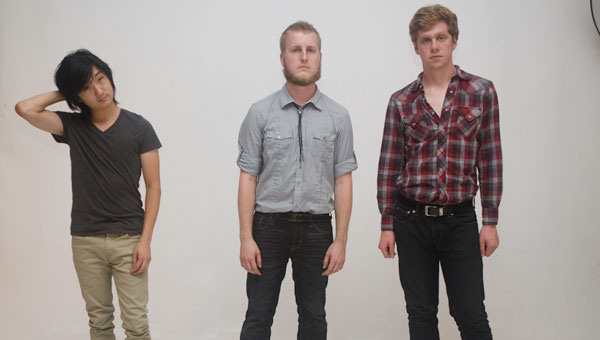 Curtis Park, Daniel Medley and Chris Westfall make up Those Manic Seas. The band will be playing at Eclipse Coffee and Books March 13. (Contributed)

MONTEVALLO – Those Manic Seas, a band from Richmond, Va., will bring music to Eclipse Coffee and Books in Montevallo March 13.

When the band’s lead singer left the band, the remaining members tried to find a new singer.

“The guitarist and I sat down and came up with the idea of having a mannequin,” drummer Daniel Medley said.

The band members, including bassist Chris Westfall and guitarist Curtis Park, recorded a singer and have the video play on the mannequin as the band plays behind it.

“This thing (the mannequin) took us a year and half building and recording to get to play it once. It was either going to be a train wreck or worthwhile,” he said. “Playing in the bar maybe 10 percent (of patrons) are looking at you. When we’re up there, they just stare. It’s great actually having the whole room enjoy what’s going on.

“It’s one of those things you haven’t seen. It’s hard to do nowadays, because almost everything’s been done,” he added. “We like to think this is relatively new in a way.”

The band’s sound is undetermined, as no one has said the group has a particular style.

“No one has been like, ‘You sound like blah blah,’” Medley said. “The guitar sounds like early U2. I’m really into the band MuteMath, so the drums kind of pull off that. The bassist listens to early Foo Fighters. Everything comes together in a weird way.”

Those Manic Seas will be playing March 13 between 7 p.m. and 10 p.m. at Eclipse Coffee and Books off Alabama 119 in Montevallo. The Milkstains and Real Frogs will also play. For more information, call Eclipse at 665-4234.