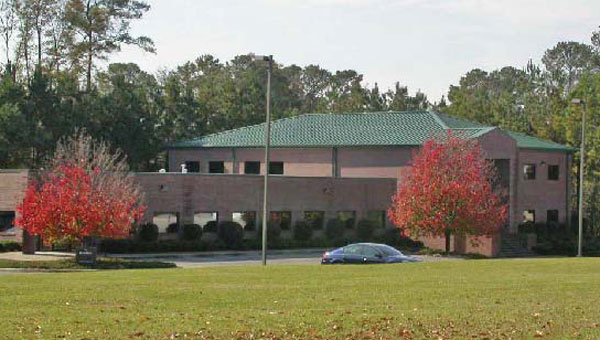 The American Red Cross Alabama and Central Gulf Coast Blood Services Region has announced that it will move its regional headquarters and donation center to Shelby County. (Contributed)

The American Red Cross Alabama and Central Gulf Coast Blood Services Region has announced that it will move its regional headquarters and donation center from downtown Birmingham to the community of Indian Springs, said a press release.

Evan Duffy, communications manager for the American Red Cross, said the regional office had been looking to move for a while.

The new headquarters is located at 700 Caldwell Trace, Birmingham, Ala. 35242. The first day of operation for the donation center at the new Caldwell Trace location will be Monday, March 19.

“We wanted to own rather than rent, so that was one of the components of the decision to move,” Duffy said.

The Ridge Park donation center in Birmingham will close between the dates of March 16 -19. The Ridge Park donation center will remain open during its normal operating hours through Friday, March 16, when operations will transfer to the new Alabama and Central Gulf Coast Blood Services Region Headquarters and Donation Center location in Indian Springs.

The new location is between Interstate 65 and U.S. 280, Duffy said.

Hours at the new donation center at Caldwell Trace are Monday through Tuesday from noon to 8 p.m., Wednesday through Thursday from 7:30 a.m. to 3 p.m. and Friday from 7 a.m. to 1 p.m.

“We are truly excited about the new facility and our ability to locate to a site that is more convenient for more of our donors,” Beddingfield said. “We’re excited about the way in which this move will position us for future successes in fulfilling the mission of our organization.”

Blood donors must be at least 17 years old (16 years old with parental consent) and weigh at least 110 pounds. Please call 1-800-RED-CROSS or visit Redcrossblood.org to make an appointment to donate blood or platelets.