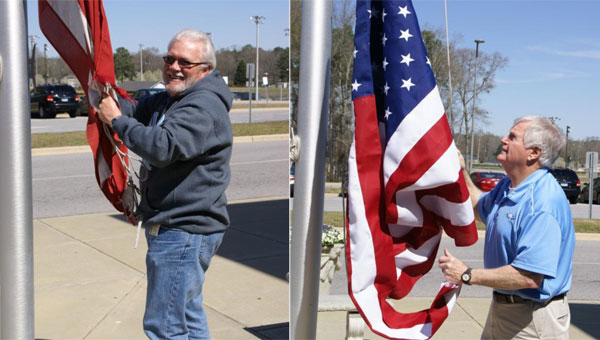 By LINDA REACH MOORE / For the Reporter

CALERA – Calera High School teacher Bruce Cooper and his Spanish honors students at Calera High School have made it their project to see that the American Flag in front of their school, and just outside the Spanish lab window, is always in good condition.

The group sought contributions in order to replace the first tattered flag and to purchase a lighting system to be able to properly fly the flag at night.

Recent high winds had shredded the existing flag, so Robert Moore, a custodian at the school and brother-in-law to Cooper, has been a supporter of the effort from its inception. Moore took this opportunity to contribute to the project by purchasing the replacement.

FROM STAFF REPORTS For years, various groups and organizations have tried to positively influence the national problem of college-age binge... read more