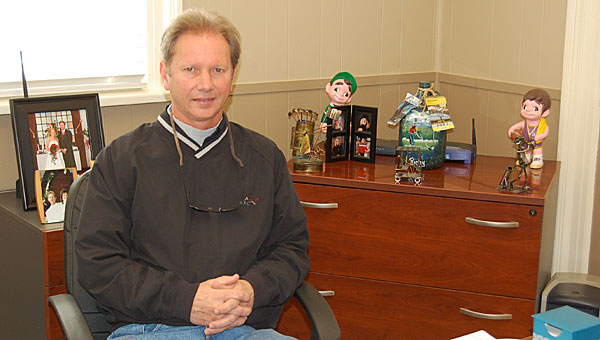 Alabaster Parks and Recreation Director Ricky Nance will be retiring from his position with the city on March 31. (File)

Alabaster Parks and Recreation Director Ricky Nance will be moving on from his position at the end of March after more than five years with the city.

Nance recently announced his last day with the city will be March 31. After retiring from the city, Nance said he will continue to operate his personal landscaping business.

“I just felt that maybe it was time for some new blood, some new ideas,” Nance said.

Before serving with Alabaster, Nance worked in the parks and recreation department in Greenville for about 16 years and with the Scottsboro Parks and Recreation Department for nine years.

Nance said he has enjoyed working with Alabaster residents through the city’s several recreation leagues and special events. He oversaw the formation of the city’s first Bark in the Park event at Veterans Park, and worked with Alabaster Senior Adult and Therapeutic Manager Alicia Walters to oversee growth of the city’s Senior Center.

He said he has attempted to hold “a wide variety of activities for” the city’s residents each year to cater to different interests.

He said his favorite Alabaster offerings have been the city’s Start Smart baseball, basketball and soccer programs.

Through the Start Smart programs, Parks and Recreation officials and parents work with children ages 3-4 to improve the kids’ sports skills.

“One of the things I enjoy most is Start Smart, because you get to see what recreation really is. They just want to play and have fun,” Nance said.

After the city finishes collecting resumes on March 16, the Alabaster Civil Service Board director will provide a list of candidates to the mayor’s office. The city will then begin interviewing candidates for the spot before it appoints the next Parks and Recreation director.