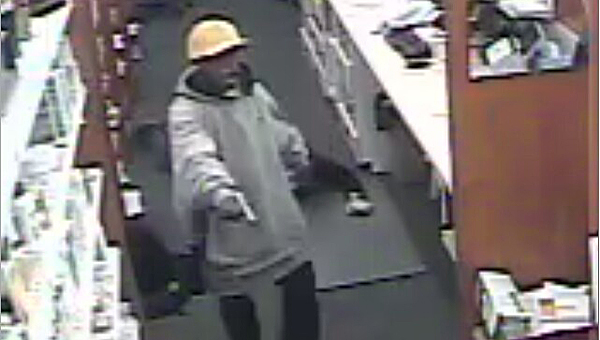 The Helena Police Department is looking for a pair of suspects police said robbed the Helena Hometown Pharmacy on March 13. (Contributed)

HELENA– The Helena Police Department is looking for a late 1990s model Buick Lesabre and a pair of black male suspects police said robbed the Helena Hometown Pharmacy at about 11:30 a.m. on March 13. 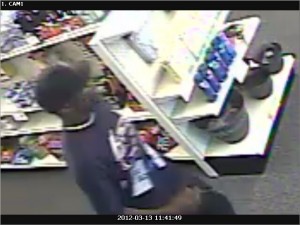 Helena police also are looking for this suspect, who officers said was involved in a March 13 robbery at Helena Hometown Pharmacy. (Contributed)

Police said the two males entered the store, asked to speak with a pharmacist and then pulled out firearms when the pharmacist approached the suspects. The suspects then began “giving orders to give them all the money,” and demanded “oxys and roxys,” according to Helena Police Department Sgt. Chris Rollan.

The two suspects were in the store for about six minutes before leaving in the white Buick Lesabre.

Police said the suspects fled the scene in this car. (Contributed)

The other suspect was about 6 feet tall, and was wearing a royal blue T-shirt, black jeans and a black baseball cap, Carter said.

No one was injured during the intrusion but various items were stolen, said owner Blane McPeake, who was present in the store during the robbery.

“It was a very eerie feeling,” McPeake said. “In the pharmacy world you obviously don’t want this type of thing to happen. It’s unfortunate that it happened to us. It really could have been any pharmacy.”

Helena Deputy Police Chief Tim Carter said the suspects took about 3,000 pills, a “large quantity of liquid narcotics” and about $800.

Anyone with information related to the crime is encouraged to call the Helena Police Department at 663-6499.