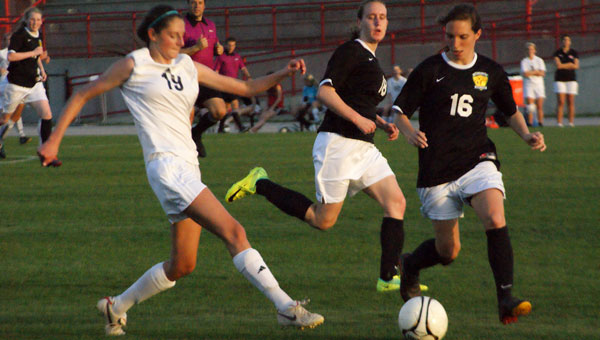 Michaela Graber led the Warriors (8-2) with two goals in the victory.

Mariah Poe and Lauren Mayer added one goal each in the win.

Pelham goalkeeper Selina Delgadillo finished with 10 saves in the match.

The Warriors took a 1-0 lead into the locker room at halftime following a goal by Jacob Marasckin in the opening half.

Chris Underwood and Jacob Ramsey added one goal each in the second half for Thompson, which improved its record to 9-3-1 overall.

FROM STAFF REPORTS The Thompson High School girls’ soccer team won a pair of matches and dropped a pair of... read more