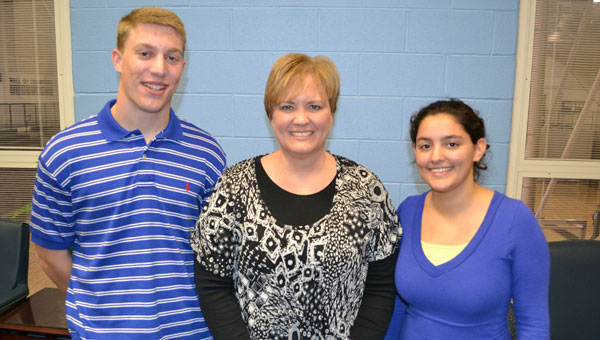 The school system annually recognizes a system employee and a senior student from each high school who displays the characteristics of humility, commitment, respectfulness and concern for others.

According to a Hoover City Schools press release, Rice, a Birmingham native, is known for helping students late in the afternoons or on weekends if needed.

“She’s always interested in helping students master the art of written and spoken words,” according to the press release.

She is a University of Montevallo alum and has two sons with her husband, Bill.

Ritchey is one of 10 children, which helped her learn how to adapt and fit in at Spain Park High School.

According to the press release, Ritchey owns a 4.3 grade point average and is a member of the Spain Park Engineering Academy. She also performs as part of the school’s concert and chamber choirs.

This fall, she plans to begin pursuing a degree in biomedical engineering at the University of Alabama at Birmingham. She is the daughter of Christopher and Dunia Ritchey.

By KATIE MCDOWELL/Lifestyles Editor The Shelby County Board of Education recognized winners of the Superintendent’s Art Show during its regular... read more