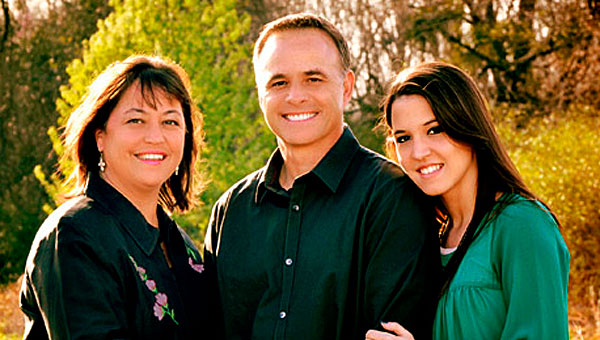 When outgoing Westwood Baptist Church Senior Pastor Les Hughes came to the church nearly 12 years ago, Alabaster was much different than it is today.

The Colonial Promenade shopping center didn’t exist, the city’s population was about 8,000 residents lower than it is now and Westwood operated only a single campus off Thompson Road.

During his time at the church, Hughes has overseen Westwood’s move from Thompson Road to its current location on Alabaster Boulevard, the formation of the church’s Montevallo and Calera satellite campuses and a significant growth in the size of the congregation.

“I’ve seen a lot of positive growth, but a lot of that was already going when I got here in December 2000,” Hughes said. “I just tried not to stand in the way of that growth.”

Hughes is preparing to preach his final two Sundays at Westwood on March 25 and April 1 before he moves to Louisville, Ky., to become the senior pastor at Highview Baptist Church.

“I never really thought about leaving (Westwood). God just recently opened up the door and put it on my heart to move on,” said Hughes, a Kentucky native. “I will definitely be leaving a part of my heart here.”

Hughes said he has seen Alabaster and Westwood grow significantly since he came to the city more than a decade ago.

“I couldn’t have asked for a better place to raise my kids. Alabaster is a great place, and it is full of great people,” Hughes said. “I think Alabaster has always been pretty much down home and laid back, but it was close enough to Birmingham to have access to a lot of retail shopping and restaurants.

“The past few years, Alabaster has, for lack of a better word, become a lot more self-sufficient,” Hughes added. “That’s brought growth in the schools, the housing and the churches. The churches here are all doing really good work.”

Hughes said he has been impressed with the Westwood congregation’s reaction to several disasters over the past several years.

“We’ve had the tornado victims here in Alabama, Katrina, the tsunami, the earthquake in Haiti. Those are all mileposts to me as far as seeing the church be the church,” he said. “The people here are so generous. They are willing to work together and do what they need to do to preach the gospel.”

Westwood will host a reception for Hughes and his family on Sunday, April 1 at 5 p.m. at the Alabaster campus.

“Even though we are losing a mentor, leader and pastor, Les taught us to always be obedient even when it’s not comfortable,” read a letter posted on the church’s website. “This is what he and his family have done, and what the family of Westwood will do as well.”