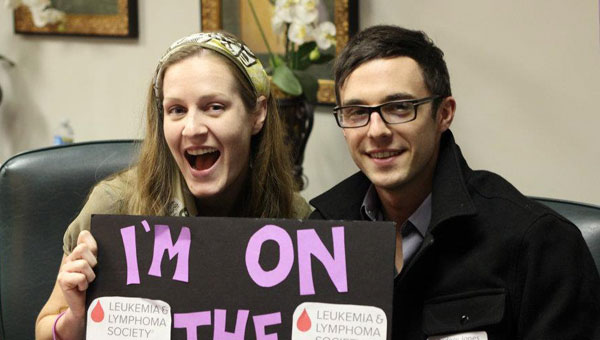 HOOVER — In this race, the start line is the finish line.

On April 1, Shelby County residents can participate in the April Fool’s Day No-K at Veterans Park in Hoover — a race without the running.

Alabaster resident Marcie Gaylor and her friend, Rodney Jones, came up with the idea after trying to organize a 5k race to raise money for the Leukemia and Lymphoma Society.

“There were costs involved we had not anticipated,” such as finding a venue and liability costs,” Gaylor said. “(Jones) came up with the idea — what if we did a non-race? People could still sign up and get a T-shirt and race packet, but the beauty of it is that they don’t have to run.”

Participants can register online at Foolsdayno-k.weebly.com for $25 before March 25. Registration the day of the event will be $30. Participants will get a race packet and a T-shirt. The event will start at 2 p.m. April 1.

Gaylor said about 20 people are signed up for the event already, and they’re hoping to get more before the event.

She said she and Jones are considering making the No-K an annual event.

“It just depends on the response. We heard about a similar event that was held in California a couple years ago by Nike,” she said. “The first year they didn’t have a lot of response, but after that, it just exploded. I think it would be a great thing.”

Gaylor and Jones are raising money because they have committed to run a half marathon in Anchorage, Alaska June 23 and raise $8,600 for the Leukemia and Lymphoma Society. The April Fool’s Day No-K proceeds will go towards that goal.

Gaylor said she has a lifelong goal of running a half marathon in every state. The half marathon in Alaska will mark the eighth state she’s run in, joining Alabama, Georgia, Florida, Virginia, Maryland, Rhode Island and Tennessee.

“I’m excited about it. I’ve never been to Alaska, but I’ve heard it’s beautiful,” she said. “I’m excited to see the landscape and a whole different part of the United States.”

FROM STAFF REPORTS University of Montevallo senior guard D.J. Rivera was recently named an All-American by the National Association of... read more