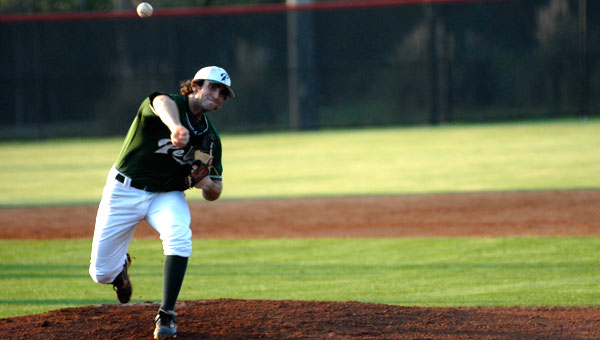 Wilson, who struck out in his first three plate appearances, was lifted for a pinch hitter a runner in the top of the seventh inning with a runner on third base.

Facing the same situation in the top of the ninth inning, Mauldin could have pinch hit for Wilson again but he decided to give the senior one last opportunity to drive in the game-winning run.

Wilson came through in the clutch for the Panthers, delivering an RBI single in the top of the ninth to lift Pelham to a 4-2 win over the Warriors.

“(Wilson) handled that situation really well,” Mauldin said. “He did a good job separating his at-bats.”

Ty Pierce led Pelham as he finished 3-for-4 at the plate and scored a pair of runs.

Pelham benefitted from a spectacular pitching performance by Hunter Soleymani, who pitched a nine-inning complete game. Soleymani gave up two earned runs in the first inning on three hits before ending the night with eight hitless innings. Soleymani struck out 10 batters and issued only one walk.

“You would have to drag (Soleymani) off the mound kicking and screaming,” Mauldin said. “To no-hit them for eight innings was phenomenal.”

Houston Davenport led Thompson at the plate as he finished 1-for-4 with a triple and drove in two runs.

Dee Tolbert and Colby Sherman each went 1-for-3 at the plate. Tolbert and Sherman scored one run each.

Soleymani’s night overshadowed a solid performance by Thompson starter Jake Walters, who gave up just two earned runs on six hits in 6 2/3 innings before leaving with a no-decision. Walters finished with six strikeouts and five walks.

Aron McRee took the loss after giving up two runs, including one earned run, on three hits with five strikeouts and one walk in 2 1/3 innings in relief.