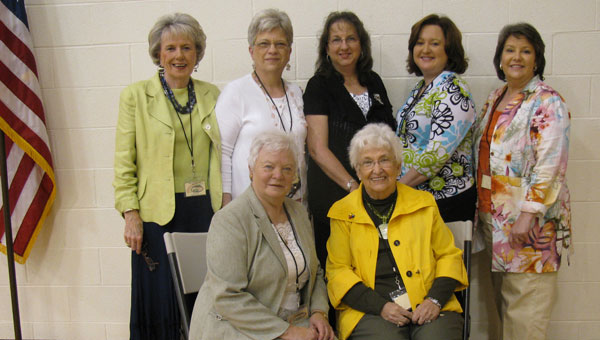 The Alabama Federation of Women’s Clubs was organized in 1895 and chartered into the General Federations of Women’s Clubs in 1907. For more than 117 years, Alabama federated clubwomen have dedicated themselves to community improvement though volunteer service.

“I enjoy working with other women to help people,” said Wood.

The Federation is generous in other ways. AFWC responded along with GFWC for tornado relief focusing on replenishing town and school libraries that were destroyed. District III donated more than 100 pairs of pajamas to Shelby County’s Safe House as well as coats and socks to foster children.

“It is a privilege to be part of Columbiana federated women’s clubs,” said Cundiff. “There is wonderful camaraderie and we accomplish projects that none of us could do individually. There are projects and opportunities for volunteerism that are provided at the District level that can extend to the local level. Additionally, there are friendships that develop in a common focus of helping the community at large.”

Scrapbook or craft – all weekend