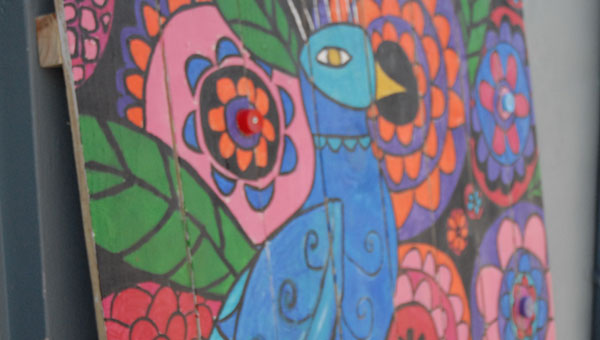 The Shelby County Arts Council announced the winners of the annual Fences on Parade art event on March 30.

Susan Gordon, the SCAC director of arts and education, and Kim Graham, art director at Means Advertising, said they judged the fences the best way they knew how — with their gut reactions.

“It was very difficult and we had to really just go with our gut,” Gordon said.

Gordon said judging the fences is challenging because the SCAC doesn’t give the schools regulations, so each fence is different and it’s difficult to compare them to each other.

“I think it’s because we saw that each fence’s merit was very unique,” Gordon said. “So we tried to base it on craftsmanship.”

Gordon wanted to give each fence an equal opportunity, so she looked at each fence multiple times before making her judging decision. 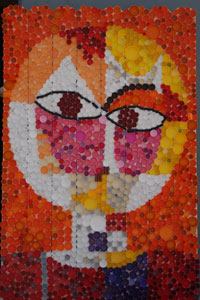 “One of my favorites was Valley Elementary and they had bottle caps all over their fence. They made them into a face,” she said. “ The way they recycled those items, I had never seen anything like that. I think that’s really unique.”

Gordon also said she was attracted to another fence called “Art Has Value” that was done in grayscale with famous Mondrian paintings to depict value.

“I thought that was really clever,” Gordon said.

The first place winners in each age group won $50.

Chelsea Park Elementary won the Best of Show and was awarded $100.

“We just couldn’t stop looking at it,” Gordon said of the Chelsea Park Elementary fence.

“It was really well done and you could tell that the students had a hand in it. They used aluminum cans and flattened them out and they used bottle caps,” she said. “It truly seemed like a piece of art, it was really well thought out and I felt like they really put a lot of effort into the project.”