Watch and pray to overcome temptation 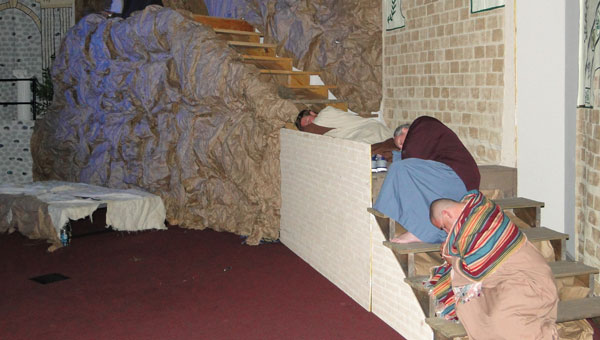 In the Garden of Gethsemane, Jesus told his disciples, Peter, James and John, to pray for him. I believe they had every intention to pray, but they were tired from the day’s activities and fell asleep.

Had they known what Jesus was going through, maybe they would have stayed awake and prayed for him.

When Jesus returned and found them asleep he said, The spirit is willing, but the flesh is weak. (Matthew 26:41b).

Jesus also told the disciples to pray for themselves. They had earlier boasted they would never forsake him and in their hearts they believed they wouldn’t. They had the “spirit is willing” part down, but their human inadequacies made it difficult to carry out those good intentions. First, they fell asleep, then later ran from him to save their own skin.

I’m not sure we would do anything differently. We have good intentions, but don’t always follow through because comfort and convenience take precedence. We don’t do the right thing because it goes against what “feels” good.

The way to overcome weakness is found in that same scripture, “Watch and pray so that you do not fall into temptation” (41a). Watching is to be spiritually aware and alert of surrounding realities. Spiritual people see reality through the lens of God’s word instead of religion or the world’s view. They unite in faith with Christ who overcame temptation in the Garden of Gethsemane and gave his life on a cross so that they can spend eternity with him and God. Though they live physically on earth, their citizenship is in heaven.

Prayer is talking to God. When Jesus returned to heaven, he left his spirit in the world to guide those who place their faith in him.

The secret of victory over sin and self is to watch and pray. One of my favorite scriptures is Isaiah 30:21, “Whether you turn to the right or the left you will hear a voice behind you saying this is the way, walk in it.” You could find myself walking in the wrong direction if you fail to watch and pray.

Calera Middle School Olympians who will compete in track and field events at Oliver Park on March 30. (Contributed) By... read more