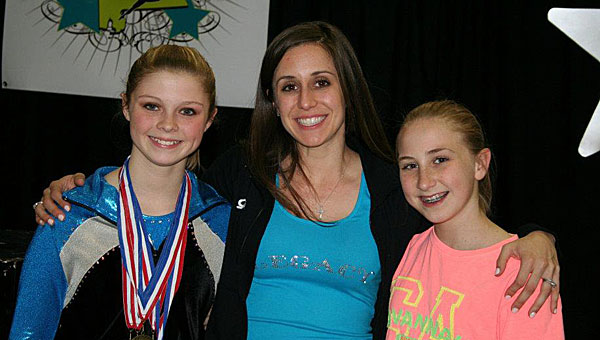 It was a day Brianna Mitchell had been praying about for years. She had students make the Alabama state gymnastics team in the past, but never so many in one year.

“You always pray for things like this to happen,” said Mitchell, who owns Legacy Gymnastics in Pelham. “It’s great when you have a great group that pulls together and works so hard.”

After beginning their season in mid-December, several gym members recently earned spots in national regional competitions while being named some of the best gymnasts in Alabama.

Four of Legacy’s girls and three of the gym’s boys will be traveling to regional competitions in mid-April after qualifying during the state gymnastics championship in Tuscaloosa.

Townes, Gray and McMillan also earned spots on the Alabama State Gymnastics Team, which is open to the top eight gymnasts in the state in each level.

Matthew Downs, Clay Wade and Andruw Sanders also qualified to compete in Level 5 in the boys’ regional competition, which will be held April 13-15 in Raleigh, N.C. The three boys also earned spots on the state team.

“This is probably the best group I’ve ever had,” Mitchell said.