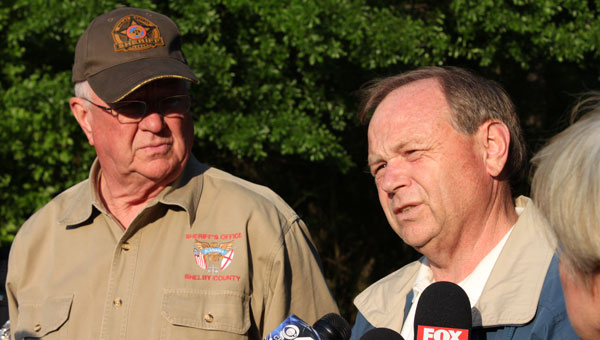 LEEDS — An unidentified body was found in Carrie Elaine Gentry’s vehicle after it was recovered from an abandoned quarry in Leeds, according to Shelby County Sheriff Chris Curry.

The body has been sent to the Jefferson County coroner for identification and an autopsy. The victim will not be identified until after all proper notifications have been made, Curry said.

The vehicle, a 2002 Lexus RX300, will undergo a forensic examination.

Shelby County District Attorney Robby Owens said there was “no question” about the death being a homicide. Curry agreed.

Anyone with any information about Gentry’s disappearance is asked to contact CrimeStoppers by calling 254-7777 or by going to the website at Metrocrimetips.com. All tips are anonymous, and anyone giving a tip that helps to solve the crime may receive a cash reward.

Dive team members drive away from the site in the Leeds quarry where Chelsea resident Carrie Elaine Gentry's SUV was... read more