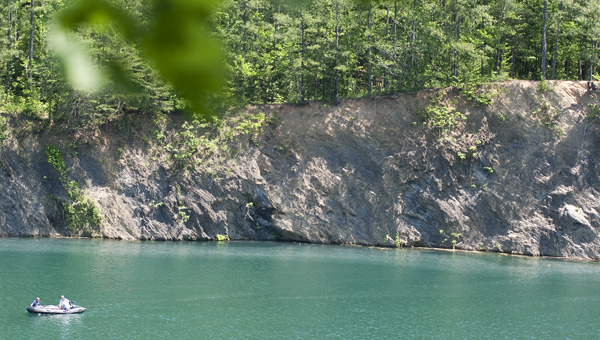 Dive team members drive away from the site in the Leeds quarry where Chelsea resident Carrie Elaine Gentry's SUV was found on Tuesday. (Reporter Photo/Jon Goering)

LEEDS – Investigators located the silver Lexus of missing Chelsea resident Carrie Elaine Gentry in an abandoned quarry in Leeds the evening of April 10.

Gentry and her vehicle were reported missing March 29.

Divers from the Calera Police and Fire Departments, along with the Shelby County Sheriff’s Department, discovered the vehicle in the quarry, according to a press release from the sheriff’s department. 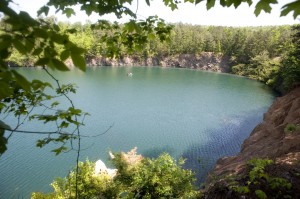 Carrie Elaine Gentry's car was found at the far end of this Leeds quarry. According to Shelby County Sherrif's Capt. Ken Burchfield, after the car is brought to the surface, it will then be towed by boat back to the other, more shallow end of the quarry. It will then be searched more thoroughly to determine if Gentry's body is inside. (Reporter Photo/Jon Goering)

Anyone with information regarding the Gentry’s disappearance can contact Shelby County Sheriff’s investigators at 669-4181 or through ShelbySO.com by clicking on the “Report Criminal Activity” link and choosing the “General Information” category.

By CHRISTINE BOATWRIGHT / Staff Writer NORTH SHELBY – The North Shelby Library has launched a mobile app that may... read more