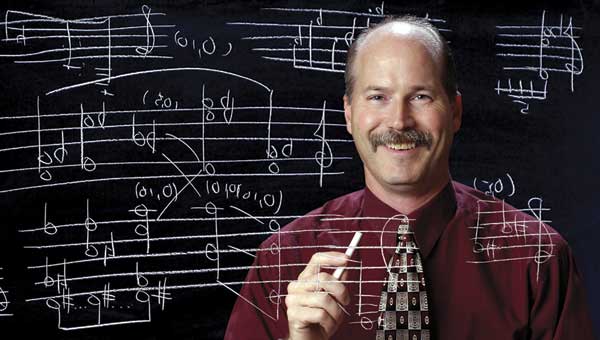 MONTEVALLO – On Monday, April 23, the Tuscaloosa Symphony Orchestra will perform a concert to mark the one-year anniversary of the April 27, 2011 tornadoes.

The orchestra will play a piece by Beethoven and debut a new work composed by Dr. Joseph Landers, a University of Montevallo professor.

“Ode to Joy: Tuscaloosa Remembers and Rebuilds” will open with Landers’ new piece, “Sinfonia da Requiem,” a 30-minute composition that blends seven movements of music with selections of poetry by Emily Dickinson, according to a press release from UM.

“I was incredibly honored and humbled by such a distinction,” Landers said.

Landers, who has composed for the University of Alabama twice before, said he had been in talks with the university about composing a new piece prior to the tornado outbreak on April 27, 2011. Discussion about a tribute symphony began soon after the disaster, and Landers was asked to compose the main piece in June of last year.

Landers said he felt some anxiety about writing the piece.

“I wanted it to be very dignified,” he said. “It got to be where I was so worried about it that I forced myself to block everything out and just focus on the notes and the music.”

For about six months, Landers woke every morning at 4:45 a.m. to work for an hour. The result was a 30-minute requiem that is the longest piece of his career.

“A requiem, in its ancient form, is the Catholic mass for the dead,” he said. “It has become, over the years, a performance piece.”

Dr. John Stewart, president of UM, said the university is proud of Landers’ work. He said the request by the University of Alabama to have a UM professor compose the piece was representative of “the spirit of cooperation and collegiality between the state universities.”

“All of the state universities are in this together,” he said. “I think it’s symbolic of that.”