Mr. and Mrs. George Osborne of Linden announce the engagement of their daughter, Mary Lindsay, to Benjamin Eric Wilkinson, son of Mr. and Mrs. Ben Wilkinson of Providence. 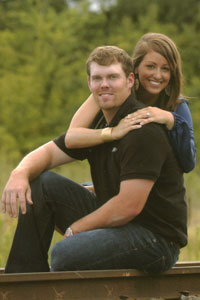 The future bride is a 2009 honors graduate of Marengo Academy and is currently a student at the University of West Alabama in the Ira D. Pruitt Division of Nursing.

He is a 2002 graduate of Marengo Academy and a 2004 graduate of Wallace Community College in Selma. He is employed by Rock-Tenn in Demopolis.

The wedding will be held at 5 p.m. on May 19 at Forest Hill Baptist Church in Linden. Invitations have been mailed.

Hughes 3rd Ava Greer Hughes celebrated her third birthday March 25, 2012. She is the daughter of Heath and Lacey... read more