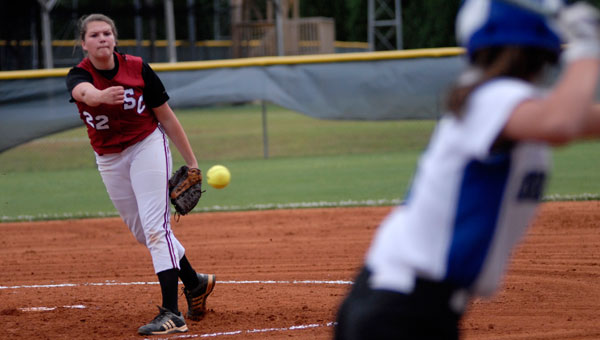 The Wildcats could have been lobbying the home plate umpire to call it a day and award them with a victory with a two-run lead after six innings were already in the books, which is more than are needed to certify a ‘W’ in a rain-shortened game.

However, Phillips and his players took the opposite approach, pushing for the game to continue following a 30-minute rain delay.

Getting the complete game in didn’t cost Shelby County in the long run, with the Wildcats holding on for a 4-3 win over the rival Hornets — which marked their first win over Chelsea in three years.

“I would have hated for it to end (early),” Phillips said. “I’m glad we got to finish it.”

The Shelby County victory kept the Wildcats in the running to host the Class 5A, Area 7 tournament. If the Wildcats can take care of business in two upcoming games against Sylacauga, a coin toss will determine the area champion after Shelby County and Chelsea split a pair of regular season meetings.

The Wildcats got on the scoreboard first in the bottom of the third inning with a pair of runs.

Courtney Shields singled to center field with two outs before scoring on a triple to the right-center field gap by Brittany Lansford. Lansford scored on a fielding error by Chelsea, which gave the Wildcats an early 2-0 lead.

Chelsea tied the game at 2-2 in the top of the fifth inning. JoJo Johnston reached base on a bunt single. Allie Luster followed with a two-run homer over the left-field fence to tie the game.

The Wildcats responded with a pair of runs in the bottom half of the inning to take a 4-2 lead. Senior Courtney Shields sparked Shelby County with her RBI double, which drove in Jessica Carden for the go-ahead run.

“Courtney has been solid all year,” Phillips said. “She’s been a great lead-off batter and defensive player.”

Lansford reached base on a fielder’s choice and scored on a RBI single by Kaitlyn Paschall, which proved the Wildcats with a much-needed insurance run later in the fifth inning.

Alex Osborn blasted a solo homer over the right-field fence to cut the deficit to one run. However, Paschall was able to finish off a complete-game victory for the Wildcats with a pop up to end the game.

Paschall earned the win after giving up three earned runs on 10 hits with two strikeouts and two walks.

Caitlin Bice took the loss after giving up four runs, including three earned runs, on six hits with four strikeouts and two walks in six innings.

Kacie Craft struck out one batter in one inning in relief after the rain delay.