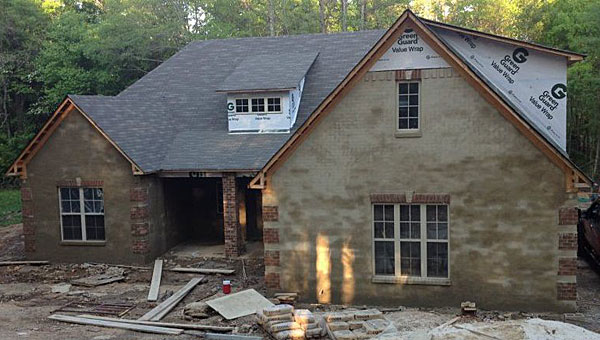 Volunteers have been working over the past several months to build a new house for Thompson High School graduate Josh Carden and his grandmother. The Cardens are registered for housewarming gifts at Bedbathandbeyond.com. (Contributed)

A group of volunteers working to build a new house for Thompson High School graduate Josh Carden and his grandmother are asking for the public’s help to welcome the Cardens into their new residence.

The Josh Carden Project began working to build a new house for Carden after his grandfather was struck by a car and killed in 2010 while he was crossing Fulton Springs Road to help Carden cross the street.

Carden, who has cerebral palsy, and his grandmother currently live in a house in a high-traffic industrial area off Fulton Springs Road. The Josh Carden Project currently is working to build the Cardens a new house off Washington Lane.

A few months ago, the Josh Carden Project opened a gift registry at Bed Bath and Beyond to help the Cardens stock their new house, said project organizer Jeff Brooks.

“Really, our goal is to have their house ready for them to move into. We want them to be able to just bring their clothes and pictures when they move in,” Brooks said.

The registry includes houseware items, such as appliances, bath items and kitchen wares. To view items on the registry, visit Bedbathandbeyond.com and search “Josh Carden” on the “Wedding and Gift Registry” tab on the top of the site.

The house is nearing completion, and has been constructed without expense to the Carden family, Brooks said.

“All in all, you could say that this house has been built on fundraisers and donations, both from individuals and corporations,” Brooks said. “We are hitting on all cylinders.”

By NEAL WAGNER / City Editor A 44-year-old Bessemer man was pronounced dead on the scene on April 18 after... read more