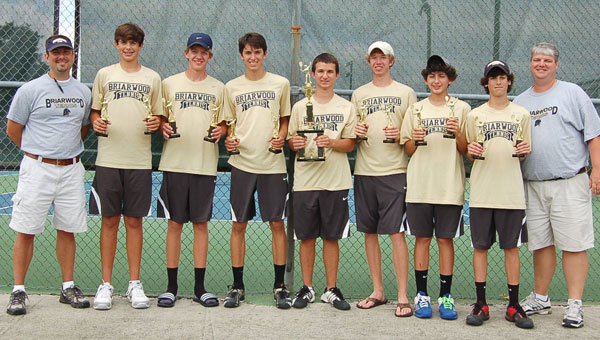 The Lions claimed the section championship after racking up 42 points, which edged Sylacauga by 21 points.

Castellanos and Brewton defeated Morris and Andrew Farr of Sylacauga 6-0, 6-0 in the No. 3 doubles’ championship match.