Chargers sweep in opening round 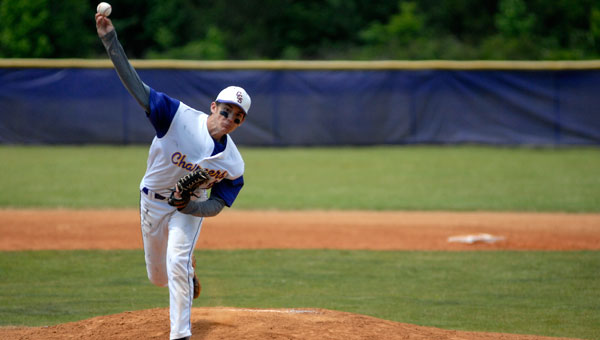 COLUMBIANA — Cornerstone Christian School senior Austin Davis didn’t mince his words about the sting he and his teammates felt after being knocked out of the second round of the Alabama Independent Schools Association Class 1A playoffs a year ago by rival Coosa Valley Academy.

“It’s been eating at us since last year,” Davis said.

The Chargers will get their chance at redemption against the Rebels after dispatching South Montgomery County Academy with a pair of 7-6 and 15-3 victories in the opening round April 26.

Cornerstone Christian will host Coosa Valley in the second round of the AISA Class 1A playoffs May 2-3.

The Chargers defeated Coosa Valley 1-0 in eight innings in a one-game playoff to clinch home-field advantage in the playoff meeting. Cornerstone Christian coach Tim Smith said he expects more classic battles in the best-of-three series with a berth in the AISA Class 1A championship series riding on the outcome.

“It’s a great rivalry,” Smith said. “When you add going to the championship game, it intensifies it a little bit.”

After South Montgomery County cut the deficit to one run following an inside-the-park homer fueled by two Cornerstone Christian errors, Davis struck out the side in the top of the seventh inning to lift the Chargers to victory in a 7-6 win in the opening game of the series.

Davis gave up six runs on seven hits, but he also struck out 12 batters in a complete-game victory.

“The later it got, the better (Davis) got,” Smith said.

Chase Payne led Cornerstone Christian offensively as he finished 3-for-4 at the plate. Payne drove in two runs and scored two runs in the victory.

A three-run homer by Auston Wingard in the top of the first inning served as the highlight in the Chargers’ 15-3 win in the nightcap.

Payne led Cornerstone Christian offensively as he finished 2-for-4 at the plate. Payne drove in three runs and scored three runs in the victory.

Adrian Young earned the win on the mound after giving up two earned runs on three hits in four innings. Hagan Joiner closed out the game and allowed one run in the final inning.