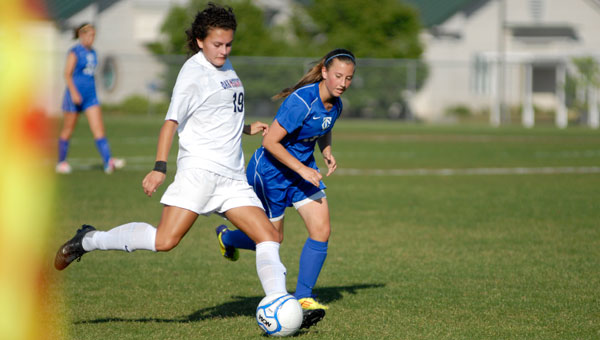 If foes believe the Eagles are a player down without Toni Payne, who is concentrating on her training with the U.S.A. women’s soccer 17-and-under national team, Dakis knows better.

“We’ve played eight games without (Payne) and we scored 40 goals,” Dakis said. “We have a lot of girls that can play several positions.”

Greer Maddox, Haley Gerken, Shannon Markie and Bailee Harnett led the Eagles with two goals each in the victory.

Julianne Jackson and Vicki Hill scored one goal each in the win.

Harnett scored the Eagles’ first goal in the opening minute of the match.

Hill, Jackson, Gerken and Markie also contributed one goal each in the opening half.

Gerken and Harnett added one goal each before Markie ended the match early with her goal with 18:49 remaining, which finished off the 10-0 victory.