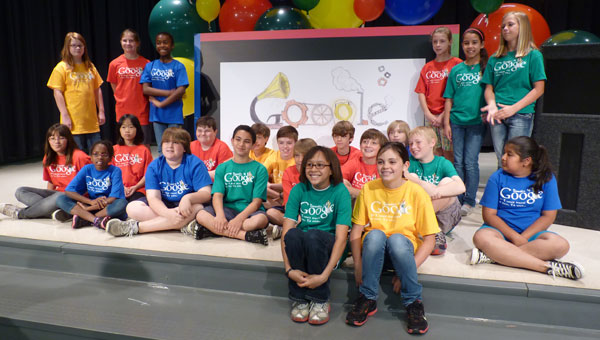 HOOVER — A Greystone Elementary student is still in the running to win the national Doodle 4 Google contest after her drawing was chosen as a state winner out of more than 114,000 entries.

Greystone Elementary fifth-grader Reily Randolph was announced as Alabama’s winner in a presentation at the school May 2.

For the Doodle 4 Google contest, entrants were told to finish the sentence, “If I could travel in time, I’d visit…” Participants then used their preferred time travel destination to reinterpret the iconic Google logo.

Randolph’s drawing, one of 50 state winners, will go on to compete in the national competition.

U.S. Rep. Spencer Bachus, R-Ala., was on hand the morning of May 2 to help announce Randolph as Alabama’s winner. Just before the announcement, Bachus said the anticipation of naming a winner was comparable to one of the state’s most important yearly events.

“If this were a football game, it would be the Auburn-Alabama game,” Bachus said.

After the presentation, Randolph said when she needed to pick a time period for the setting of her Doodle 4 Google drawing, her mind went to the Industrial Revolution.

“It was a really fun time,” said Randolph, who said she wanted to capture a steampunk vibe in her drawing.

School art teacher Blue Horn said she was “thrilled” for her student.

“I’m thrilled for her, for our school, for Hoover and for the state of Alabama,” Horn said.

Randolph will travel to New York for the announcement of the national Doodle 4 Google winner May 17. Her artwork, along with the other 49 state winners, will be featured in a special exhibit at the New York Public Library. 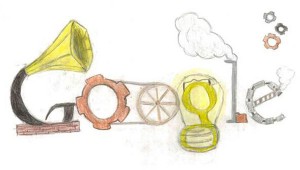 Randolph's drawing, one of 50 state winners from across the country, will compete in the national competition. (Contributed)

Randolph’s drawing will compete with the other nine state winners from grades 4-5 to be named a national finalist.

Public voting will determine the five national finalists. The public may vote at Google.com/doodle4google/vote.html from May 2-10.

Of the five national finalists, one will be named a national winner. Should Randolph’s drawing be chosen as the national winner, she would win $30,000 in college scholarship money, $50,000 for a Greystone Elementary computer lab and her drawing will be featured on Crayola 64-count crayon boxes. Her artwork would also be featured on the Google homepage on May 18 for 24 hours.

Students applaud while taking a break during the Walk Away From Bullying at Oak Mountain Intermediate School April 30. (Reporter... read more